Here’s a cool feature: WWT can plot satellite orbits when you paste a Two-Line Element Set (TLE) in a new reference frame for Earth. This example shows the orbital path for TESS (in green) along with the Moon’s orbit. 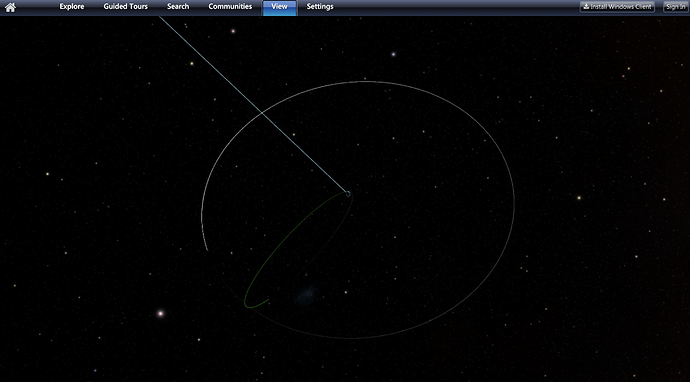 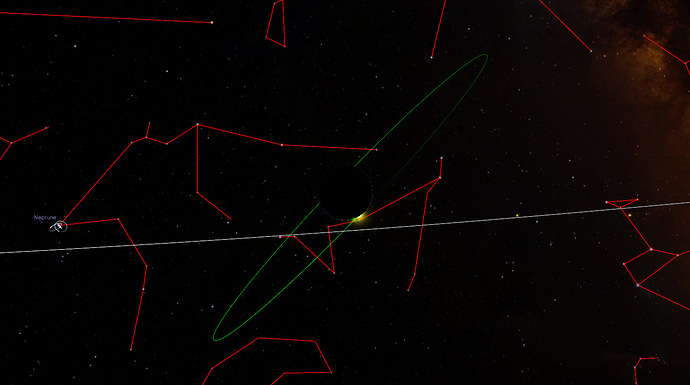 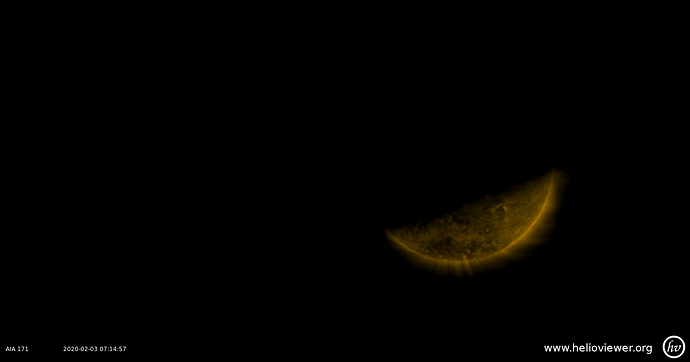 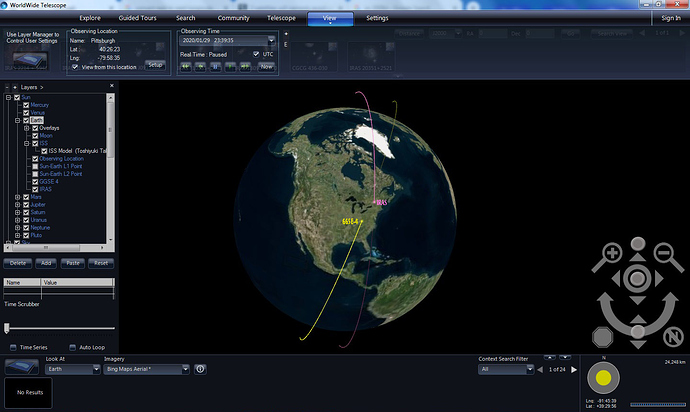 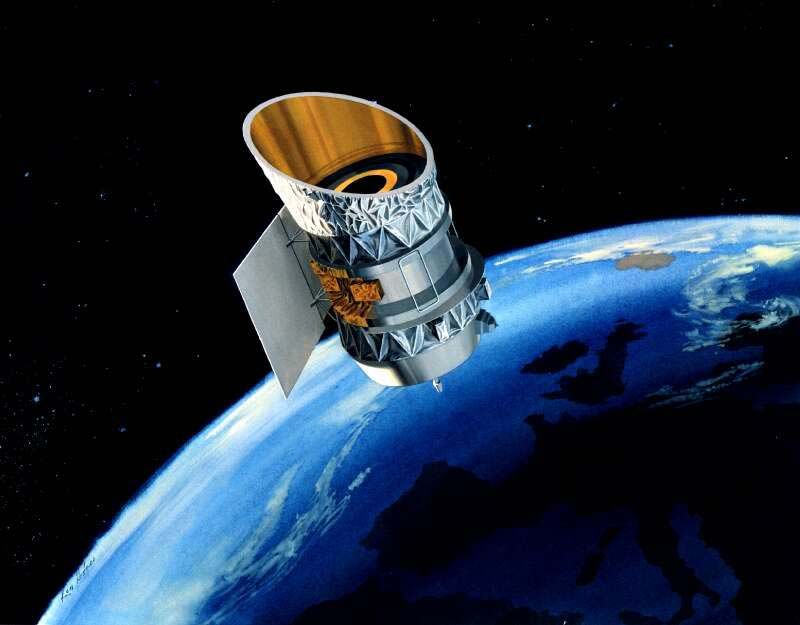 A collision would create a debris belt that would endanger spacecraft worldwide. 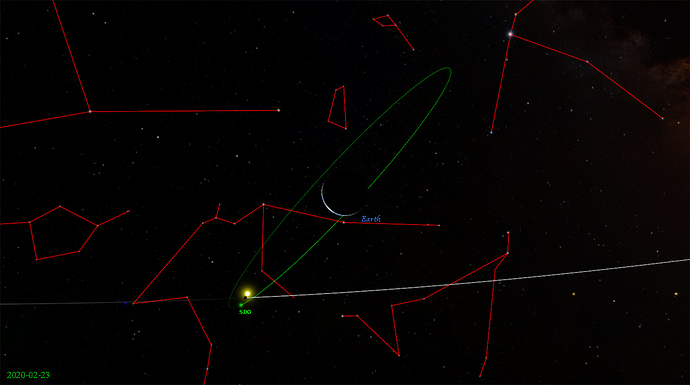